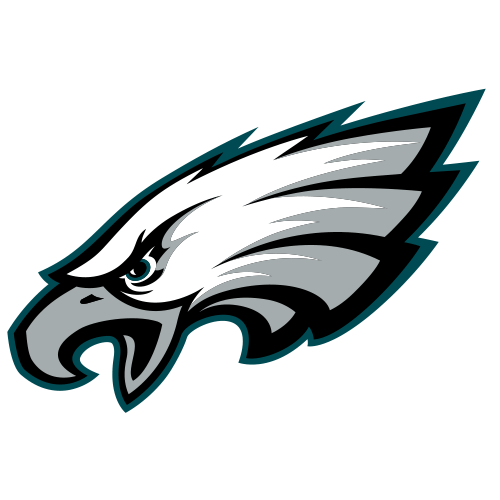 NFC East
| 0-0
Philadelphia Eagles
Jordan
Davis
1
Rnd
13
Pk
DT
Position
Eric Edholm's Commentary
Leapfrogging the Ravens (a team heavily connected with Davis), the Eagles miss out on a receiver but land this draft’s unicorn. He’s a dancing bear with rare athleticism for a man this massive. Can he rush the passer? Play more than 30-35 snaps per game? We don’t know. But the Eagles haven’t had a player like this in recent memory. This is a boom-or-bust pick, but we feel pretty good about it. This can change the way teams attack the Eagles dramatically.
Philadelphia Eagles
Cam
Jurgens
2
Rnd
19
Pk
C
Position
Eric Edholm's Commentary
With Jason Kelce figuring to retire after this season, the Eagles nab the draft's second-best center — and one who has a similar physical makeup as his future mentor. Jurgens is a converted tight end who can scoot. He's also tough, but power players will stress him. Guess practicing every day against Jordan Davis can help with that. Nice long-term pick here.
Philadelphia Eagles
Nakobe
Dean
3
Rnd
20
Pk
LB
Position
Eric Edholm's Commentary
The wait ends for one of the best players in college football last year and the unquestioned leader of a national title (and generationally good) defense. Why did he fall? Medicals are likely to blame for that, with Dean having had a slew of injuries (but played through them). His size was also an issue for some teams, and he's not considered a rare athlete. At this stage of the draft, Dean's rare instincts and intangibles are well worth it. The Eagles got a steal.
Philadelphia Eagles
Kyron
Johnson
6
Rnd
2
Pk
LB
Position
Philadelphia Eagles
Grant
Calcaterra
6
Rnd
19
Pk
TE
Position